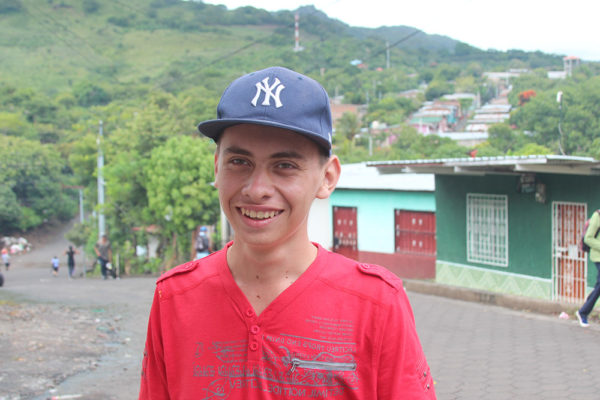 Pedro is 15 years old and is in his third year of high school. He has been in the Rayo de Sol scholarship program for three years. Because of his family’s economic situation, Pedro has to work every day, selling tortillas. Since he studies in the afternoon, he spends every morning on his bicycle, selling tortillas in surrounding neighborhoods. Because he had little time left over for his schoolwork, Pedro was in danger of failing several classes.

When our staff noticed how poorly he was doing in school, they helped him to find a better way to manage his time. They set up a study schedule with him and agreed to tutor him in the classes in which he had most difficulty. In our office, we have a small library of books for high school students, which Pedro quickly put to use.

Pedro now comes to our office for an hour every day, after selling his tortillas and before going to school. He has developed trusting relationships with our staff, which has enabled him to ask for help when he needs it. Pedro knows that education is the key to creating a better future for himself and his family. He has learned that perseverance is the secret to his success in school and in life.