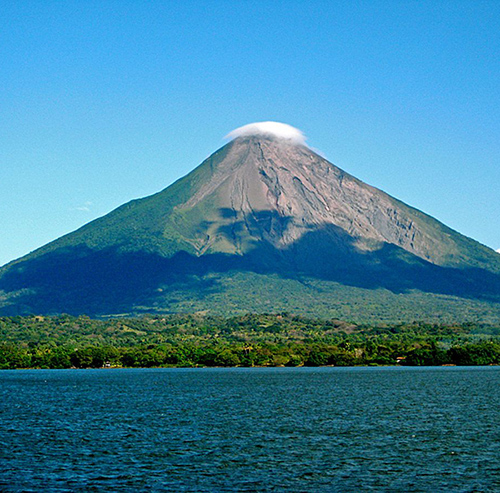 Nicaragua, a country of six million people, is juxtaposed between beautifully inspiring scenery of volcanoes, pristine lakes, and beaches with the harsh reality of extreme poverty that tarnishes the country’s cities, towns and villages and burdens its people with difficulties inconceivable in the developed world. Nicaraguans have faced every kind of natural and man-made disaster imaginable, ranging from devastating earthquakes and hurricanes to dictatorships, revolutions, and civil war, all of which have left deep scars upon the country.

Nicaragua remains the second-poorest country in the Americas after Haiti and has the lowest level of GDP per capita in Central America. Roughly 40 percent of the population still lives in poverty, while in the rural and urban areas where we work, the rate of poverty affects more than 60 percent of the population. This cripples the ability of a typical family of four to provide even half of the basic food, hygiene products, and educational supplies necessary to subsist and provide a healthy livelihood for their children. As a result, nearly 40% of the children are affected by malnutrition and only half of all primary students make it to the sixth grade.

Under these conditions, many Nicaraguans are constantly struggling to subsist and live a more dignified life. At Rayo de Sol we are dedicated unconditionally to equipping and aiding children, adolescents and families with the necessary tools to break the cycle of poverty so that they may improve their lives, their communities and their country. With your help and by the grace of God, we can accomplish this.

The city of Matagalpa is located 140 kilometers north of the city of Managua, in a mountainous region where most of Nicaragua’s coffee is produced. The municipality has a population of approximately 135,000 and is the capital of the department of Matagalpa. Although Matagalpa produces nearly half of Nicaragua’s coffee, the country’s main export product, poverty levels in the region are among the highest in the country.

The coffee industry generates significant wealth for large plantation owners and exporters, though the employment created for workers is very low quality and poorly paid. As a result, more than 60 percent of the population of Matagalpa lives in conditions of chronic poverty, surviving on less than two dollars a day. Education levels are low and access to basic social services is limited.

The children and adolescents we work with face many risks, as they have little access to educational opportunities or employment. Many students do not continue their education after completing primary school (6th grade) and less than half of those that enter high school end up graduating. There is often little supervision at home, as many adults are forced to leave Matagalpa to work in Managua, Costa Rica or other Central American countries. As a result, teen pregnancy rates are alarmingly high, and many young men turn to drugs and alcohol, to numb the frustrations of living in poverty.

We started out working with just one public, primary school in a small community on the outskirts of Matagalpa. Our program models have been very successful and are easily replicable. The demand to expand to other areas is great, so we are now working in nearly twenty rural and urban communities, where our work directly improves the quality of life for more than 4,000 children, adolescents and adults.

Although the statistics can seem bleak, there is hope. In Psalm 72:12-14 we read that God “will deliver the needy who cry out, the afflicted who have no one to help. He will take pity on the weak and the needy and save the needy from death. He will rescue them from oppression and violence, for precious is their blood in his sight.” The Lord does not forget those forgotten by the world, and neither should we. We invite you to join us as we seek to share the love of Christ in both word and deed in the communities of Matagalpa, Nicaragua.