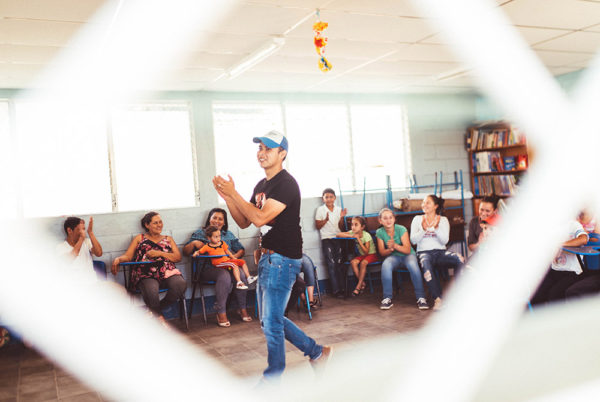 Our goal this year was to organize a new Young Life club, and that is close to becoming a reality! We decided to prioritize the community Llano Grande, because we have a large group of scholarship students there and a strong parent’s committee. We held the first organizational meeting in mid-October and the club’s first official meeting was held on October 30th.

More than thirty students and parents attended the first meeting, to learn about Young Life and the clubs that we organize together. We now have Young Life members who have come up through the ranks and have received leadership training. They did an amazing job of talking about their own experiences and encouraging the new students to take advantage of the opportunity to be a part of the new Young Life club. They talked about growing in their faith, which has helped them to grow in other areas of their lives.

We are excited to see how this new club develops in the coming months. We are sure that it will be a great success. Hopefully, we will be able to send a group from Llano Grande to the Young Life camp in January.